Indian Ocean HRA
Overview
One (1) incidents reported in the High Risk Area during the reporting period.

The overall tactical situation across the Indian Ocean High Risk Area (HRA) remains low in terms of the threat of piracy.

Increasingly, vessels in the HRA are subjected to incidents that appear to be co-ordinated small boat piracy approaches however they choose not to ultimately attack. These incidents are then difficult to classify as attempted piracy or simply as regional patterns of life in the area. The increased presence of naval patrols and armed security on board vessels act as a deterrent to the threat of piracy, however those vessels transiting in the area without the presence of armed security remain a significant risk. 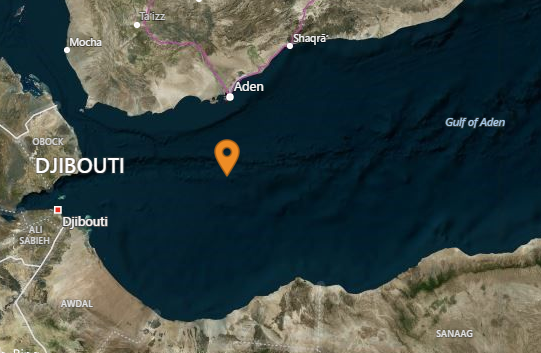 The UN presented President Hadi’s government and the al Houthi movement with four draft agreements focusing on a political framework, the reopening of Sana’a airport, the status of Hudaydah port city, and the economic situation in Yemen.

The Hadi government and the al Houthi movement announced that they will exchange 15,000 prisoners in late January 2019 with the support of the International Committee of the Red Cross. However, there is still a stalemate in peace talks, with the situation in the rebel-held port of Hudaydah a major source of contention. Both sides have rejected an initial proposal to withdraw fighters and arms from the city and turn it over to a temporary U.N. administration.

Saudi Arabia proposed the creation of a regional diplomatic body for Red Sea and the Horn of Africa countries on the 12th December. The Saudi Foreign Minister announced that the body would facilitate cooperation on economic, environmental and security issues. It is suggested that the body would include Saudi Arabia, Sudan, Djibouti, Yemen, Jordan and Somalia.

Maritime crime in the Horn of Africa is a persistent threat to navigation in one of the world’s busiest commercial traffic lanes. It is considered as highly likely that criminal groups that were previously involved in piracy have switched to other, lower risk activities to meet their financial objectives – although they retain the intent and capability to conduct piracy for significant gains if the opportunity presents. Other illicit maritime activities include weapons, narcotics, and human smuggling. Furthermore, charcoal smugglers remain active, as per reports by the UN Somalia-Eritrea Monitoring Group and aerial imagery. Charcoal smuggling is reportedly being taxed by Al-Shabaab to provide revenue for their operations.

At present, piracy networks seem to be meeting their financial objectives by pursuing lower risk activities such as smuggling of people, narcotics, weapons or charcoal. The high risk, high investment, high reward model for piracy is currently unlikely to be deemed attractive or viable for these groups. Although there is no positive indication of further preparation of Pirate Action Groups in areas along the Somali coast, the concealment of piracy preparations among legitimate activity cannot be ruled out. The piracy attack on MV KSL SYDNEY (16th October) clearly indicates that although piracy has reduced considerably in the region (EUNAVFOR/CMF Area of Operation), it has not been completely eradicated and could witness a resurgence, should the environment become more conducive.

The Somali security services continue to be undermined by internal disputes and corruption. Despite allied military operations against Al-Shabaab causing serious losses in the ranks of the terrorist group, Al-Shabaab remains a strong and influential force – in both southern and central Somalia and is likely to remain so whilst the capabilities of the Somalian National Army (SNA) and other security apparatus remain limited.