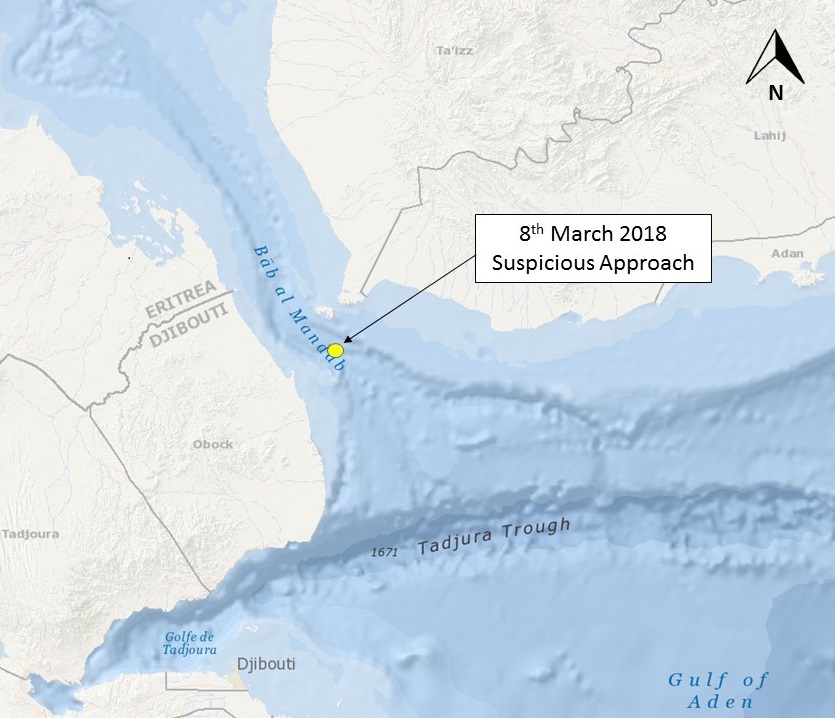 However, what has remained consistent is probing approaches by pirates in relation to assessing vessel vulnerabilities. It is uncertain whether the approach reported coincides with such tactic as with limited information it is difficult to assess.

Berbera Port – Somali government rejects UAE’s port deal with Ethiopia and Somaliland: The agreement over Berbera port was declared ‘null and void’ by the federal government of Somalia stating that the agreement violated the unity of Somalia and the constitution. Ethiopia holds 19 per cent of the Berbera port, in an agreement with Somaliland’s Port Authority and UAE Company DP World. DP World remains the major share owner; with a 51 per cent stake, while Somaliland holds 30 per cent. The Ethiopian government will invest in infrastructural development for the Berbera port. The port is the commercial capital for Somaliland, which officially opened in 1968. It is located in Somaliland which is recognised by the international community as an autonomous state of Somalia.

120 Somali pirates freed from India: The pirates had served up to 7 years in jail for piracy offenses and they arrived back in Mogadishu this week. The incident comes off the back of an agreement in August last year between India and Somalia to transfer convicted pirates. Fifteen Somali pirates hijacked a commercial oil tanker belonging to the UAE last year, in the first successful hijack since 2012. The European Union arrested six pirates off Somalia’s coast in November last year. The operation took over 24 hours, after the Somali men attacked a 52,000-tonne container ship and a fishing vessel.