Over the past week or so a tropical cyclone hit the Gulf of Aden creating hazardous sea conditions, high wind speeds and rainfall. Areas such as Somaliland, the Yemeni island of Socotra and areas of southern Yemen and Oman were badly affected by severe flooding after being hit by a year’s worth of rain in only a few days. Such extreme weather conditions caused port closures such as Salalah in Oman. The cyclone has been estimated to have effected over 160,000 people whilst killing dozens. Such weather in the area has not been conducive with small boat operations and the risk of piracy could be seen to be reduced during this period. Despite this, pirate groups continue to retain ability to organise and implement attacks against ships transiting in the region. 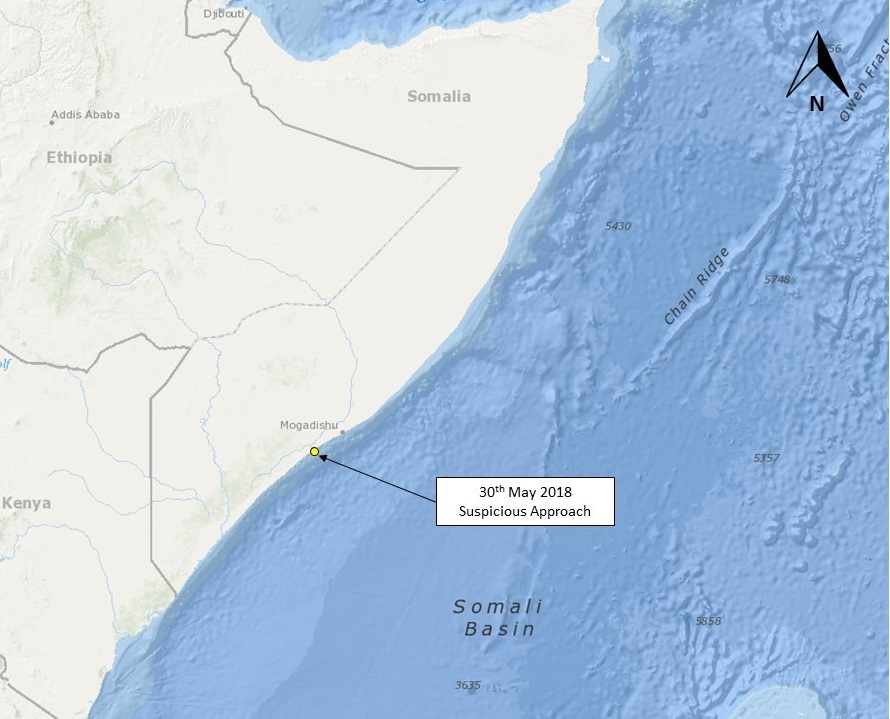 Incident details: At 1205UTC on the 30th May 2018, an MV reported being approached by up to 6 skiffs in position 01-38.47N 044-41.67E (just south of Mogadishu). Vessel and crew are safe. Vessels transiting the area are advised to exercise extreme caution. Source: Reported to UKMTO via telephone. This incident was not classified as a Maritime Security Event and has not been verified by the UKMTO. This information is provided to inform maritime situational awareness for mariners operating in the region.

Intelligence comments: In light of this incident, it is highly unlikely to be attributed to piracy activity given the proximity to the shore and it is assessed to be regional activity.

Hodeidah Offensive: It has been reported this week that coalition forces are less than 12 miles away from the Red Sea port city of Hodeidah which has been under Houthi rebel control since 2015. When Hodeidah comes under attack the Houthi rebels have vowed to give the coalition ‘hell on hell’. The cost of the offensive on Hodeidah, with a population of over 400,000 people, could be disastrous. Hodeidah port currently handles over 80% of Yemen’s imports including food and aid supplies which are vital for Yemeni’s across the whole country. Concerns have been raised over how the conflict could leave the port damaged and inoperable sending millions into famine. If the coalition retake Hodeidah this could be a turning point in the war in Yemen, leading to a possible opportunity in retaking the Capital, Sanaa.

EU NAVFOR delivers piracy threat assessment at the launch of the 2017 OBP Report: EU NAVFOR lies at the centre of a complex network of organisations and partnerships who work together to ensure piracy remains repressed off the Somali coast.  EU NAVFOR personnel presented their assessment and military analysis of the piracy threat that exists off the Horn of Africa, but also outlined other threat areas that have emerged and emphasised the need for vigilance and adherence to industry agreed protection measures that can help protect seafarers. The 2017 OBP report looks at the effects of piracy and criminal activity across the world and highlights the economic and human cost to world trade. In summary, the report states that the annual cost of Somali piracy shrank slightly last year from $1.7 to $1.4bn. The estimated naval costs fell from approximately $230 to $200M and some 1100 seafarers were in some way affected by maritime security events. (Source: All Africa)