The tactical situation across the Indian Ocean High Risk Area (HRA) remains the same in terms of the threat of piracy and armed robbery. The reporting period (1 to 7 June) has remained quiet with no confirmed piracy incidents to report. There continue to be reports from PMSC’s of suspicious approaches on MVs by skiffs, once again no shots have been fired and no attempt to board any vessel has been made. MORONI.

At present the Southwest Monsoon has started to influence the Indian Ocean, characterised by storms and strong winds. Therefore, activity reported most recently has occurred in more sheltered areas such as the Bab-el-Mandeb Strait where skiffs are able to operate.

2 incidents to report during the reporting period 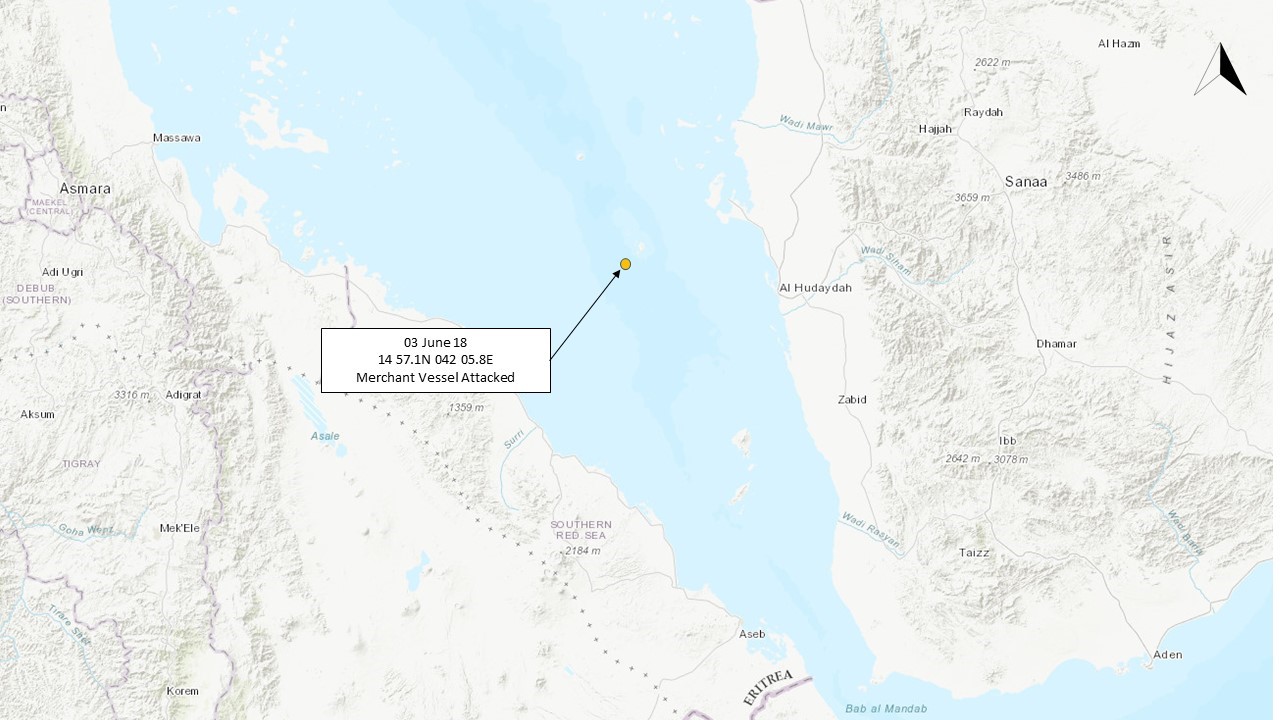 Intelligence comment: The attack comes after the Saudi-led coalition announced that they were closing in on the Houthi-held port city Hodeidah, 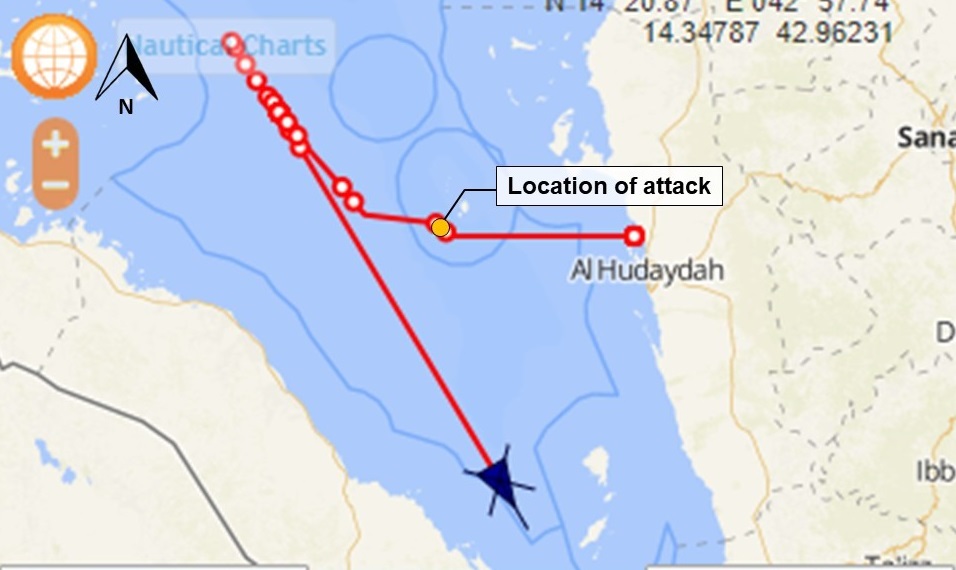 although it has not been specified whether there were plans for an assault to seize the western port which the alliance assess as being used to smuggle Iranian-made weapons – accusations denied by the group and Tehran. It is important to note that in January (2018), a Houthi spokesperson threatened to block maritime traffic in the Bab el Mandeb strait / southern Red Sea if the port was attacked. They also pledged reprisal attacks for coalition-led airstrikes, and Houthi rebels have demonstrated the capability for engagement of surface vessels within the area. It is assessed that conditions in Yemen have increased the potential for maritime attacks specifically in the southern Red Sea.

Open source reports claimed that the vessel was delivering food aid to Yemen and was waiting at an anchorage area. The VOS THEIA was being used by the United Nations World Food Programme (WFP). Reports say it had unloaded its cargo in Hodeidah and was waiting in the anchorage for permission from the Saudi-led military coalition to leave. A spokesperson for the WFP said an unidentified group in a skiff had opened fire on the vessel. Some reports said the shots started a fire on the VOS THEIA – although this was dismissed by a spokesperson for the vessel who claimed the crew were safe and there were no obvious signs of damage.

Both reports came against the background of Yemen’s ongoing civil war. The Saudi-led military coalition has been drawing in on Hodeidah, although it is unclear if it intends to take it. Rebel Houthi forces, who hold the port, have threatened to block shipping in the Red Sea if Hodeidah is directly threatened. Waters off Yemen’s Red Sea and Gulf of Aden are considered a High-Risk Area (HRA).

Incident details: On 2nd June at position 12.42 9S 044.22 6E a Bulk Carrier (MT RIBBON) reported that it was approached in an aggressive manner by 2 x skiffs. The Captain, who at the bridge along with the MST, sounded the alarm. The hostile incoming skiffs showed weapons and the security team fired a flare towards the skiffs in order to deter the approach. The skiffs moved away. Vessel and crew safe.

Intelligence Comment: The incident occurred off Anjouan Island (Comoros) as the vessel was transiting in a northern direction. The presence of weapons does not indicate that this is piracy related and is likely attributed to fisherman protecting their nets / gear by approaching the vessel in an aggressive manner in order to get the vessel to alter its course.

Approximately 50% of incidents recorded in the Indian Ocean HRA from January to May (2018) occurred along Yemen’s west coast. It is highly likely that the shifts in territorial control within Yemen are among the principal factors behind the decreased piracy rate and movement of incidents witnessed in 2018. Conflict between Houthi rebel forces and the Saudi-led coalition affect maritime activity in the region, resulting in attacks along the coast. Since the beginning of 2018 Saudi-led forces have made significant progress in confining Houthi rebels to the west coast whilst consolidating power along the southern coast. The changing power dynamics on the ground are likely to have led to a decrease in maritime security incidents off the country’s southern coast.

Saudi forces are leading an offensive to recapture Hodeidah, a strategic Houthi-held port city on Yemen’s west coast. The frequency of the airstrikes in the area has increased over the past two weeks (16 – 31 May), revealing the forces’ determination to claim a key victory and regain control of the strategic coastal city. Military escalation by the coalition indicates a rejection of the UN proposed peace talks and further restricts Houthi rebels from procuring armaments or recruits to bolster their stretched forces.

The conflict in Yemen continues to pose a security threat to vessels transiting the region as Houthi rebels have exhibited the capability to perpetrate attacks via missile and marine-borne improvised explosive device (MBIED). However, as Saud-led coalition forces continue to strengthen their position in Yemen throughout 2018 it is likely that maritime security incidents related to the conflict will remain infrequent and sporadic along Yemen’s southern coast.

Update (7th June): Houthis rebels presented a set of demands during talks with the UN Yemen mediator over the surrender of the Red Sea Port of Hodeidah to UN supervision, according to open source reports on 6th June. The terms include Yemeni President Abd Rabboh Mansour Hadi’s government paying the salaries of military and civilian government workers, reopening the Sanaa airport, putting an end to air raids against Houthi forces and putting an end to the blockade on Yemeni ports.

The demands mark the first Houthi proposal regarding the fate of Hodeidah port and come amid an imminent coalition takeover of the port. Hadi’s government said the proposal is a non-starter.