The UKMTO has reported that two fishing trawlers were attacked at position 002900S 048360E, some 240 nautical miles southeast of Mogadishu, Somalia at approximately 0712 UTC on April 21st. One of the trawlers, the Korean FV ADRIA, was approached by two skiffs, each with 8-10 armed persons on board.

As soon as they were alerted to the attack, a second trawler, the Spanish FV TXORI ARGI, which had been operating nearby came to the aid of the first trawler but was fired upon by the pirates with an RPG at position 005700S 048390E after attempting evasive manoeuvres for around 1 hour. The embarked Armed Security Team onboard the trawler opened fire on the skiffs and made good their escape. 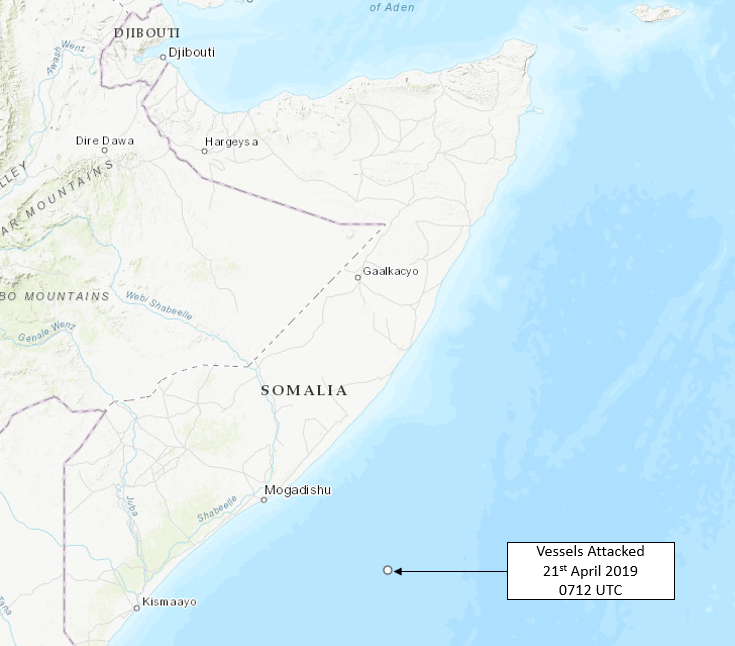 Later the same day (April 21st), the Korean FV SHIN SHUEN FAR 889 also reported being approached by two skiffs in the same vicinity, when the armed security team onboard the vessel showed their weapons and fired warning shots, the skiffs disengaged. The pirates in this attack had originally captured the Yemeni dhow, FV AL AZHAM off the coast of Somalia on April 19th.

On April 23rd, the EU NAVFOR flagship ESPS NAVARRA intercepted and boarded the pirate mothership and apprehended five pirates who surrendered without a fight. 23 hostages, who were the Yemini crew of the FV AL AZHAM, were also released unharmed in the process. 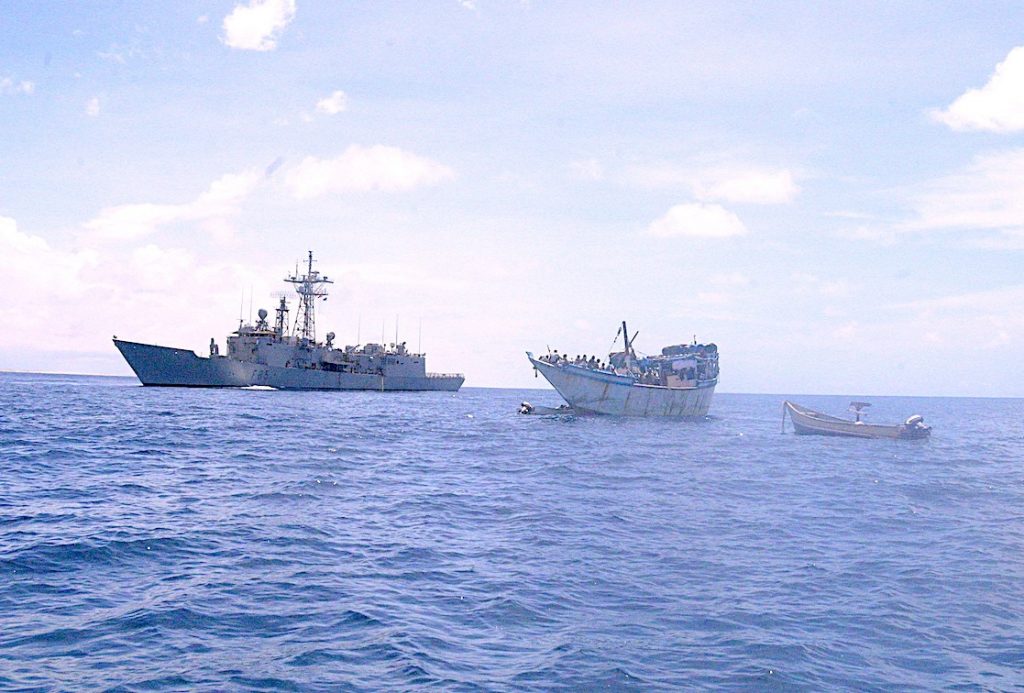 The al Houthi movement severed the Ma’rib-Ras Issa oil pipeline from a floating and storage offloading vessel off the coast of Ras Issa port in al Hudaydah governorate in western Yemen on April 21. Chairman of the al Houthi Supreme Revolutionary Committee Mohammad Ali al Houthi warned that one million barrels of crude oil contained in the pipeline could leak into the Red Sea. Al Houthi blamed the Saudi-led coalition for preventing the al Houthi movement from selling the oil and said that the coalition would be responsible for any fallout from a spill. The Yemen Oil and Gas Corporation warned against removing oil from the Ma’rib-Ras Issa pipeline earlier in April. The pipeline has corroded since the Yemen Oil and Gas Corporation stopped pumping oil through it in September 2014.

Senior al Shabaab official Aden Abdi Mohamed “Aden Obe” surrendered to the Somali Federal Government (SFG) near Bardhere town in Gedo region in southern Somalia on April 23. Obe surrendered along with an al Shabaab taxation official, Food Aden Mohamoud. Obe served in various capacities in al Shabaab, including as a member of al Shabaab’s Shura Council at one point. Obe was most recently the head of al Shabaab’s logistics in Lower Jubba region, according to Somali officials.

Al Shabaab militants attacked Ugandan forces from the African Union Mission in Somalia (AMISOM) at a base near Bulo Marer town in Lower Shabelle region in southern Somalia on April 25. AMISOM forces repulsed the attack.