The frigate detected a dhow of interest and closed in to investigate further. Following a boarding a search took place locating 1940 kgs of hashish with a street value of over $75 million. The illegal drugs were transferred to the La Fayette to be destroyed at sea. The boarding was conducted in the international waters of the Middle East. (Source: Combined Maritime Forces) 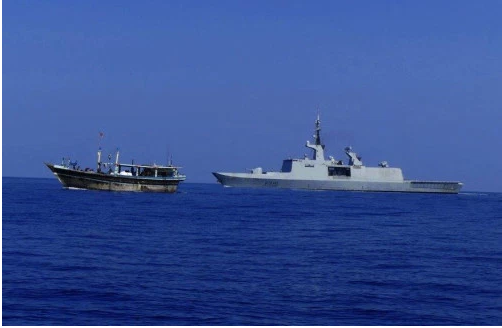 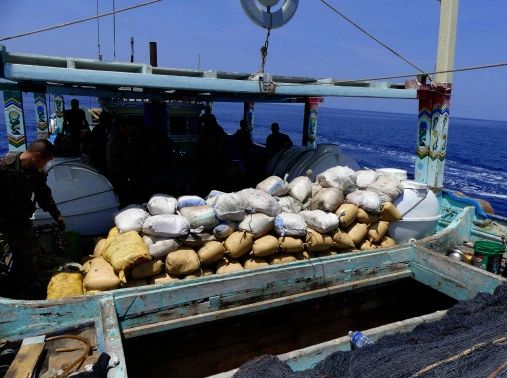 CMF conducts maritime security operations in order to ensure the free flow of legitimate commerce in the Middle East and to deny the use of the high seas to terrorist and illicit non-state actors. Recent large drug seizures in the Arabian Sea highlight the shipments heading in southerly flows are likely to be travelling to regions in East Africa. These regions are used predominantly as transit zones and have a direct impact on the operations of terrorist organisations. The naval task force seeks to disrupt smuggling networks transferring illicit narcotics from Central Asia through to East Africa.

Houthis reported to have detained 19 oil tankers preventing them from entering Hudaydah port: The Saudi Ambassador to Yemen stated that Houthi militias have detained 19 oil tankers carrying 200,000 mt of petroleum by-products for over 26 days off the port of Hudaydah, preventing them from entering the port. Further reports state that there is a fear of Houthi militias destroying these vessels which would create an environmental disaster in the Red Sea. However these reports have not been verified by external sources.

Weapons stolen from training facility in Somalia, sold on open market: It has been reported that at least 600 weapons were stolen in the past week from a former UAE run training center in Mogadishu and are on sale in the city. The UAE ended the training programme on the 15th April shortly after security forces at Mogadishu’s airport seized millions of dollars from a UAE plane. The UAE trained troops began stealing the weapons from the facility shortly after programme was ended. The looting appeared to have happened while the UAE were in the process of emptying its training center. It was reported a ship docked at Mogadishu’s port was loaded with containers of weapons, armoured vehicles and cars. (Source: Times LIVE)