Incident details: On the 10th May 2018 the UKMTO reported an attack in posn 1440N 04145E. Vessel and crew are safe. Vessels transiting in the area are advised to exercise extreme caution. (Source: UKMTO) 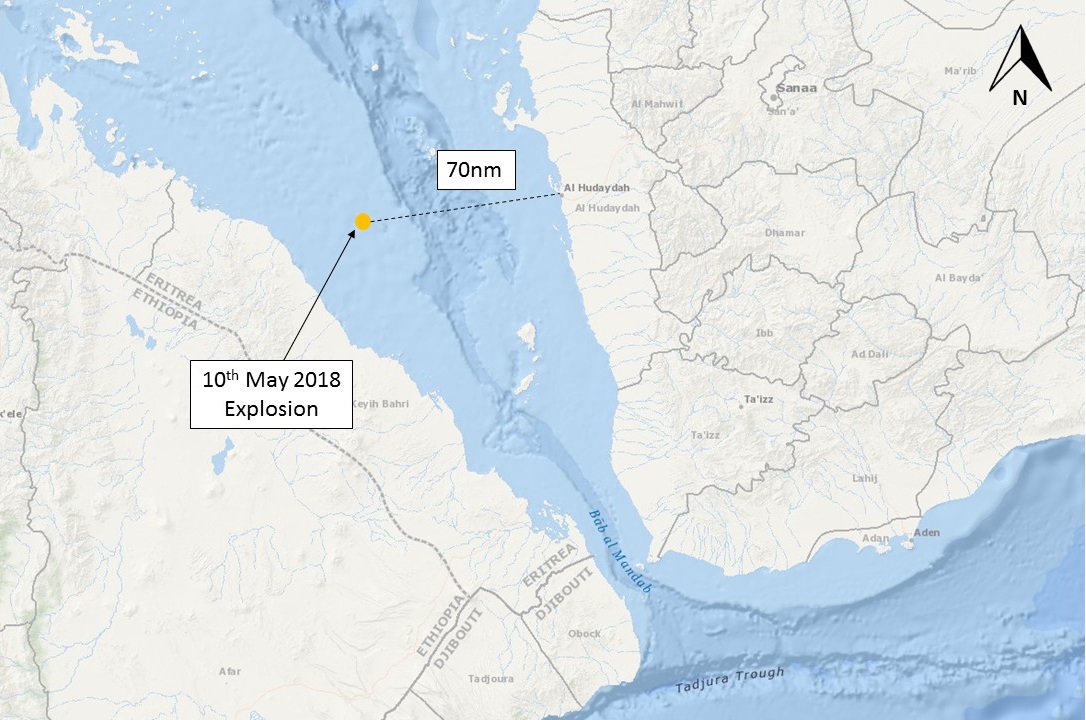 Intelligence Comments: Originally reported as an attack, later reports issued by open source media highlighted that an incident had occurred on board the Turkish-flagged 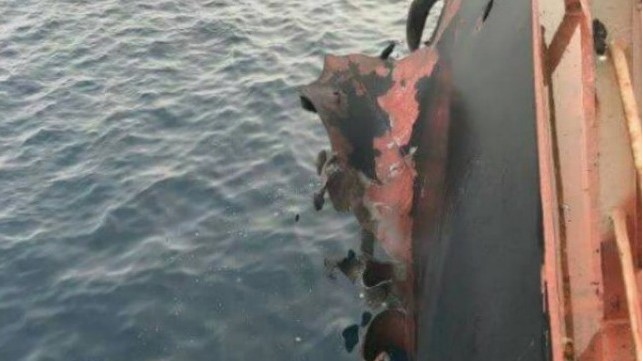 bulk carrier INCE INEBOLU. The vessel was anchored 70nm west of Hodeidah waiting to transit to Saleef when an explosion occurred. Houthi media reporting stated that the ship had been struck by a missile fired from a Saudi coalition warplane. The explosion however is thought to have occurred from an internal blast. As  seen in the image to the right, this shows a hole close to the vessel’s waterline with jagged edges curling outwards. According to media reports the coalition had boarded the vessel reported an explosion had occurred from the inside to the outside.

Coalition forces launch ‘Operation Red Thunder’: During the past week ‘Operation Red Thunder’ has been launched backed by the coalition including aircraft and naval forces in an operation to re-take the Houthi held port city of Hudaydah. The military operation is aimed at eliminating Houthi rebels from the districts on the Red Sea coastline and also to prevent further threats to international shipping. If the operation is successful this could be seen as a turning point in the war as the Houthi rebels would lose their main source of finance through the port in which illegal arms are smuggled.

Thousands of migrants enter Yemen from Africa every month: Nearly 100,000 migrants arrived in Yemen in 2017. Migrants often leave their homes on foot and walk through Djibouti where they take boats across the Gulf of Aden to many different areas in Yemen such as Aden, Lahj, Shabwah and Hadramout Governorates where attempts are then made to get to the border with Saudi Arabia. As highlighted by the UN, Yemen is experiencing the worst humanitarian crisis in the world and is obviously not a safe route for migrants. In light of this, continued small boat activity will be seen in the Gulf of Aden as large numbers of migrants make the journey to Yemen.

How educational programs in Somalia could help to counter violent extremism: A major question for the Somali government, US forces and other actors on the ground is how to counter the appeal of violent groups among young people which are terror group’s most common recruits. In increasing access to education this may address young people’s frustrations with the status quo and steer them away from armed groups like al-Shabaab. (Washington Post)

Fighting over disputed lands between Somaliland and Puntland: Dozens of people have been killed in clashes between troops from the breakaway region of Somliland and the semi-autonomous region of Puntland. Puntland and Somaliland have been engaged in conflict over the disputed Sool region for more than 10 years. The two sides have recently been fighting over the ownership of Tuka Raq village which was seized by Somaliland last month. The village is close to Garowe the capital of Puntland. (Daily Trust)

EU NAVFOR helping to keep Somali fisherman safe: EUNAVFOR have helped to train members of the Somali Police Force Maritime Unit off the coast of Mogadishu. By enhancing the Somali Police Forces seafaring knowledge and skills, the local law enforcement agencies are more able to protect the Somali fishermen working the local waters providing food for their families and villages. EUNAVFOR’s mission is to deter, prevent and repress acts of piracy whilst at the same time build maritime capacity so keeping the international trade routes open. (EUNAVFOR Somalia)