Yemen’s Houthi rebels warned on the 9th January 2018 that they would block traffic in the Red Sea if coalition forces continued to advance on the port of Hudaydah. The current military offensive along Yemen’s western coast started early last year and is aimed at cutting major offshore smuggling routes and securing the strategic waterway of the Red Sea and the Bab-el-Mandeb Strait. It is not currently clear how Houthi rebels would block merchant traffic in the Red Sea, however based on past incidents rebels have used missiles, explosive-laden skiffs and naval mines to attempt to cause devastation to traffic in these strategic waterways. In January 2017, Houthi forces attacked a Saudi warship off the Yemeni coast using an explosive laden skiff killing two sailors. In September and October 2016, two US warships and a Saudi-led coalition vessel were targeted by missile fire from rebel-held territory.

The port of Hudaydah accounts for 80% of Yemen’s imports and is a crucial entry point for fuel and food. If coalition forces seized Hudaydah it could be argued this would be a turning point in the civil war, not only in regards to the humanitarian situation but also the Houthi rebels would lose their main source of finance through the port in which alleged illegal arms are smuggled.

It remains a persistent threat that merchant vessels may be the subject of a calculated or miscalculated attack. 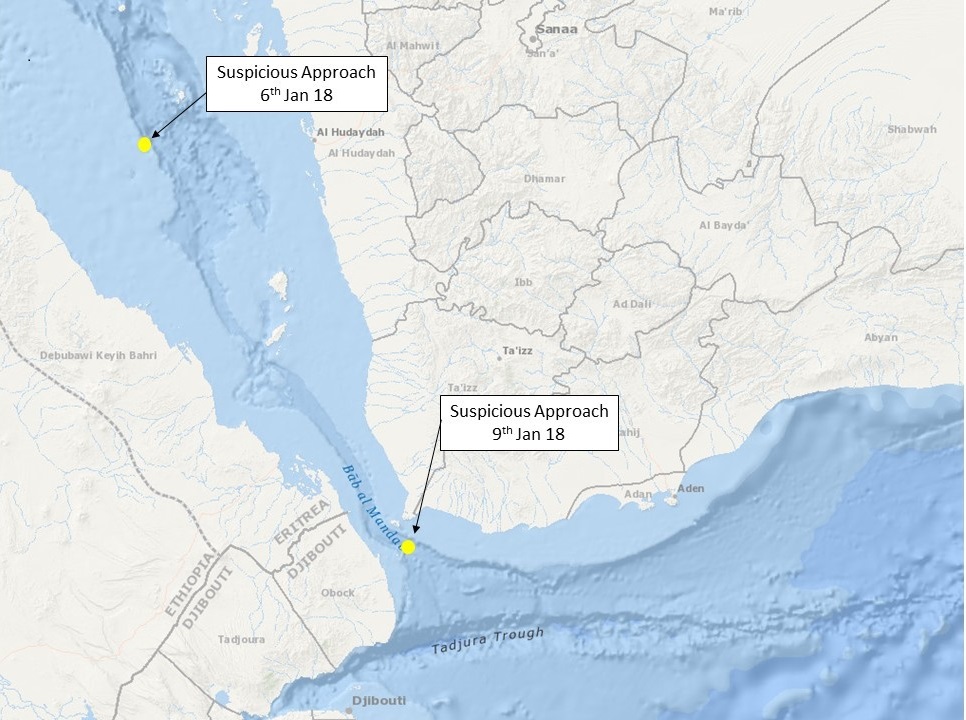 Intelligence comment: Houthi rebels control swathes of territory in the west of Yemen, including much of Yemen’s Red Sea coast. It is possible that the suspicious approach reported on the 9th Jan could be linked to the conflict in Yemen. The incident was located in close proximity to the Ta’izz Province in which violence continues involving Houthi rebels and coalition forces.