Incident details: On the 10th May 2018 at 2015 UTC an MV was attacked in posn 1440N 04145E, Southern Red Sea. Vessel and crew are safe. Vessels transiting in the area are advised to exercise extreme caution. (Source: UKMTO) 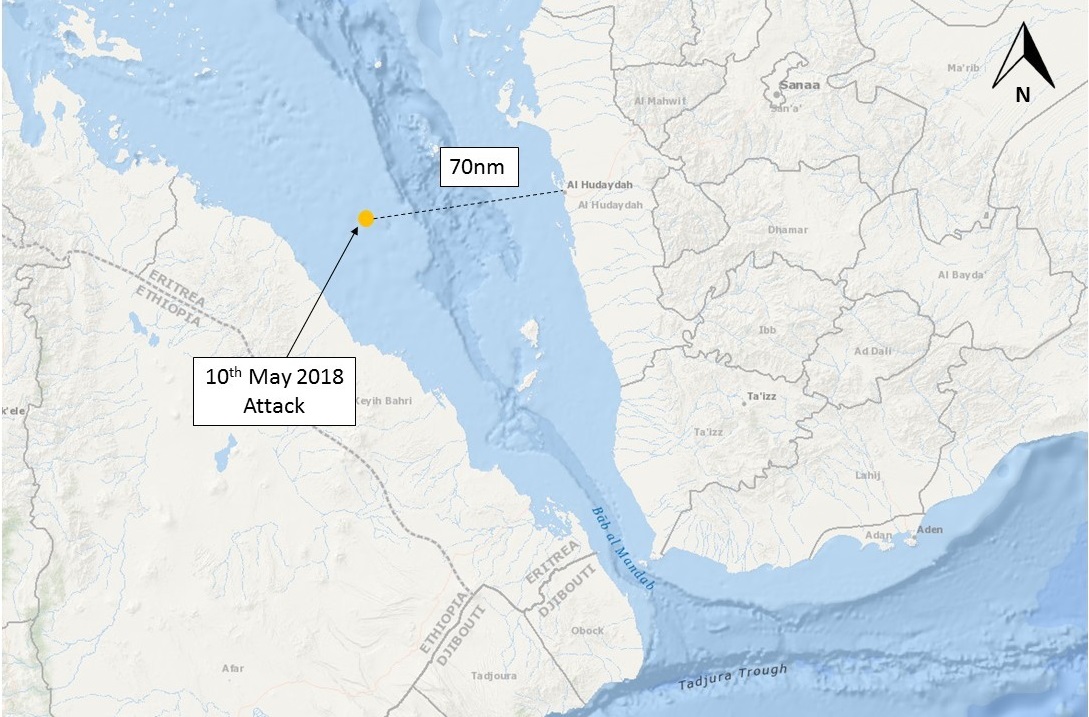 Intelligence Comments: This incident is located in the Southern Red Sea approximately 70nm from the rebel controlled port city of Hudaydah. Houthi rebels control most of Yemen’s western coastline and as coalition forces advance towards Hudaydah this in turn increases the likelihood of Houthi rebels responding with further attacks against Saudi targets on land and sea, increasing the risk to shipping in the region. On the 3rd April 2018, Houthi rebels conducted a missile attack near Hudaydah against the Abqaiq, a Saudi tanker. There is no indication that the Houthi rebels intend to attack non-Saudi vessels, however Hudaydah port continues to be used as a launchpad for Houthi rebel attacks. There are fears that the United States decision to pull out of the international nuclear deal with Iran could exacerbate the conflict in Yemen further. With limited information this incident is difficult to assess however with regard to the above it may be that this incident is linked to the ongoing conflict in Yemen although this has not been confirmed.