The MSCHOA has reported that a merchant vessel was reported under attack by one speed boat with more than 2 POB in position 12 08.1N 044 35.5E. One speed boat was sighted with more than two POB onboard. One at forward part of speed boat, one at the aft manning the motor, others were lying low. Long aluminium ladder was sighted onboard the speed boat but no weapons were sighted. The vessel is described as – High speed : long hull, 2 outboard motors. Colour of hull light green with yellow stripe on the bow. This vessel managed to evade hijack (Source: MSCHOA). 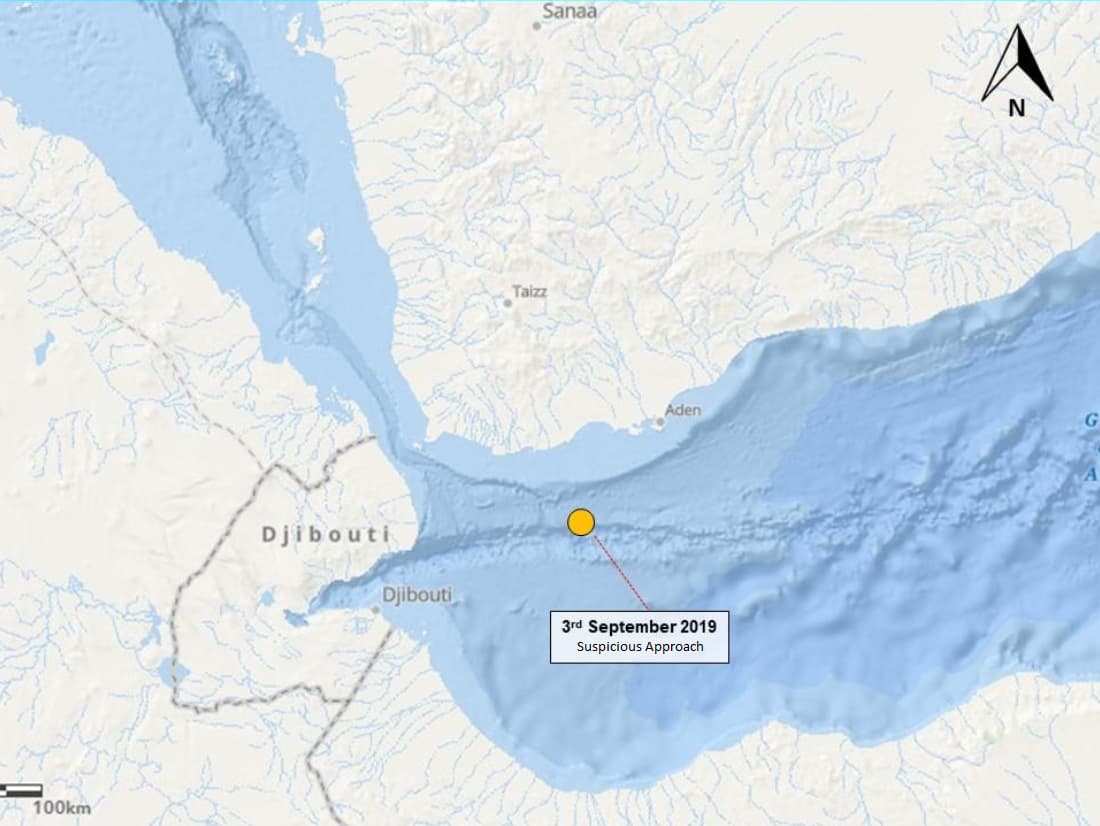 The presence of ladders suggests that this can be linked to piracy, although no shots were fired and the presence of weapons cannot be verified. It is unclear yet, whether an armed security team was onboard the merchant vessel and what deterred the approach from the skiff. It is a realistic possibility that piracy activity could resume in early September, as the southwest monsoon ends and weather conditions improve. However, it is highly likely that such activity will continue to be sporadic and infrequent. It remains the case that lower risk opportunities in other criminal enterprises such as the smuggling of people, narcotics, weapons and charcoal have likely reduced the appetite and desire for local actors to conduct piracy. However, the piracy attack of 21st April, coupled with the suspicious event on 3rd September, is a stark reminder that the threat from piracy is only suppressed, not eliminated.