Suspicious approach on an MV near Bab El Mandeb Strait
Skip to content Skip to main menu
Follow us:

UKMTO yesterday released Advisory 001/SEP/2021 regarding a Suspicious Approach on a commercial vessel 13nm West of Mocha, Yemen. Two boats, each with nine persons on board, approached the MV but left the vicinity when the vessel’s Armed Security Team raised their weapons. The ship and crew are reported safe. 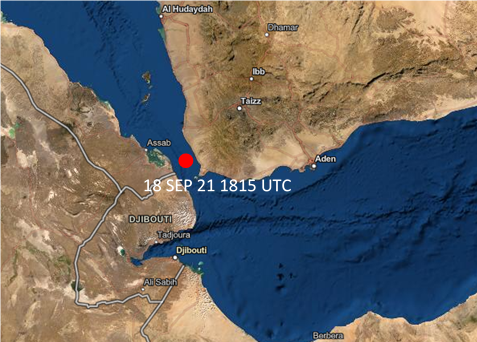 This is the first approach reported on a vessel in the Southern Red Sea for some time. The approach appears not to have been sustained or aggressive and is likely to be a pattern of life encounter in what is a busy transit area for the local population.