The frigate intercepted a suspicious dhow and it is reported the heroin found has an estimated value of 125 million euros. On the 5th March the same frigate seized over 4 tonnes of hashish during an operation in the Arabian Sea, together with HMAS Warramunga the two ships had confiscated over $400million of narcotics in 48 hours.

In 2018 multinational assets in support of the CTF150 have seized over 22 tonnes of hashish and over 2 tonnes of heroin, valued at street value in excess of $1.6 billion.

Recent large drug seizures in the Arabian Sea highlight the shipments heading in southerly flows are likely to be travelling to regions in East Africa. These regions are used  predominantly as transit zones and have a direct impact on the operations of terrorist organisations. The naval task force seeks to disrupt smuggling networks transferring illicit narcotics from Central Asia through to East Africa. 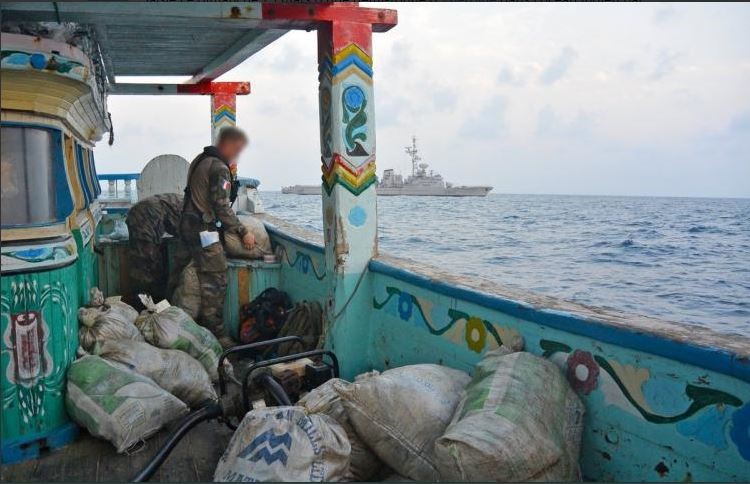 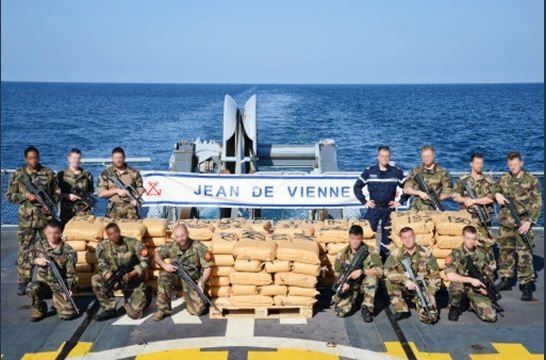 The Houthi rebels still hold a large part of Yemeni territory with no political solution in sight. International attention in Yemen continues to call for an end to the ongoing conflict however the prospects of peace are bleak. The continued presence of al-Qaeda and the growing southern secessionist movement further increases instability and conflict in Yemen.

Saudi Arabia intercepts 7 missiles fired from Yemen: Saudi forces reported they have shot down seven ballistic missiles fired into Saudi territory by Houthi rebels in Yemen. Three of the missiles were fired at the capital Riyadh on Sunday 25th March and an Egyptian man was killed when fragments landed in a suburb. Four other missiles also launched from Yemen, were intercepted earlier that day and were aimed at Najran, Jizan and Khamis Mushait. Sunday 25th was the third anniversary of the intervention by the Saudi-led coalition in the conflict in Yemen. Houthi rebels said they had been aiming at a number of locations, including Riyadh’s international airport. The coalition accuses Iran of supplying the Houthis with the missiles, a claim denied by Tehran.

Illegal, unregulated and unreported fishing continues in the Gulf of Aden: After pirates hijacked an Iranian fishing vessel last year near the port of Bosaso in Puntland, Somalia, local authorities observed that the offending boat was casting nets without a license. Recent incidents in 2017-8 has made it clear that conditions that led to piracy, including incursions from foreign fishing boats are still a major problem. Illegal, unregulated and unreported fishing continues to be a constant challenge for Somalia’s fisheries sector which employs 70,000 workers and contributes $135 million annually to the local economy. Foreign fishing, mainly from Yemen and Iran, extracts three times more fish than Somalis.  Improving the management of fisheries could ensure the sustainability of the Somali fishing industry, building the economy, protecting its waters and increasing food security. Combined these factors can contribute to the peace and security in this region. (Source: News Security Beat)