The tactical situation across the Indian Ocean High Risk Area (HRA) remains the same in terms of the threat of piracy and armed robbery. The reporting period (19 – 26 July) has no confirmed piracy incidents to report however instead rebel and terrorist activity spilling out into the maritime domain.

Adverse weather conditions continue to influence the Indian Ocean, piracy operations are therefore more likely to occur in more sheltered areas such as the Bab-el-Mandeb Strait and Gulf of Aden where skiffs are able to operate with more ease. Reports have indicated that Somali pirates may use the monsoon as cover for attacks against merchant ships in areas such as the Gulf of Aden where weather conditions are not as severe. The current assessment is that piracy attacks will remain sporadic and at a low level.

2 incidents to report during the reporting period (UKMTO) 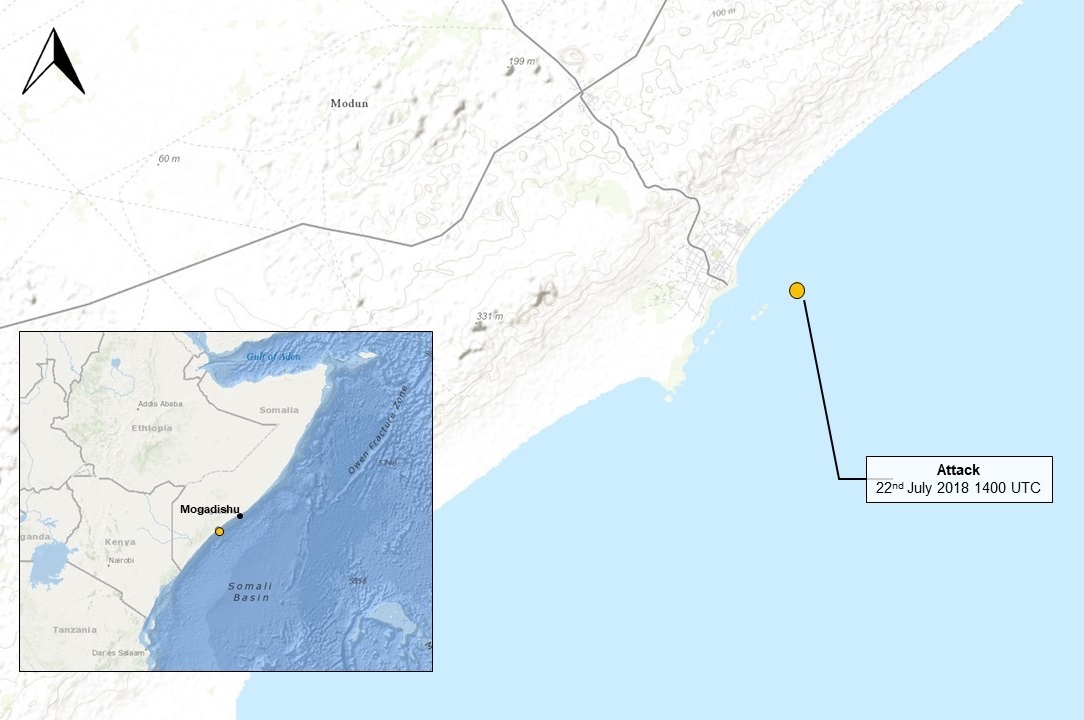 Incident Details: At 1400UTC MV was attacked whilst conducting offloading operations in the vicinity of Barawe port at location 01 06.32N 044 02.0E. According to the Australian JRCC, the vessel came under mortar attack and the on-board security team returned fire. The attack ceased, and the vessel and crew are safe in the port of Barawe (UKMTO/MSCHOA).

Intelligence Comments: There is little information at present with regards to this incident to establish what the motive behind the attack was. The reference to a ‘General Cargo’ vessel suggests it may have been a vessel carrying UN cargo for the World Food Program (WFP). The port of Barawe, was historically the headquarters of Al Shabaab and served as a logistics, intelligence and foreign militia base. The port replaced Kismayo as the economic lifeline of Al Shabaab who had previously exported charcoal out of the port earning the group millions of dollars in revenue. It is assessed the attack may have been attributed to violence onshore spilling out into the maritime domain.

Intelligence comments: Open source media reporting has indicated that two Saudi VLCCs  have been attacked off the coast of Yemen. One attack occured approximately 70nm off Hodeidah and the other attack occurred off the port of Hodeidah. Minimal damage was reported to be sustained to one vessel and no injuries or pollution have been reported. 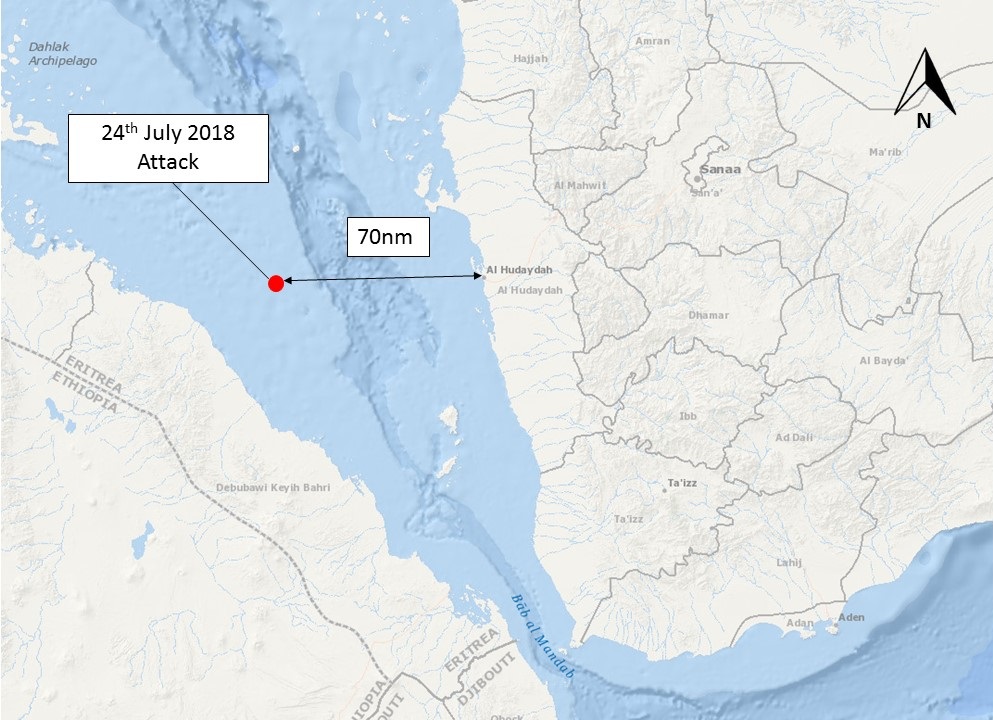 It has been reported that following the attacks on the 24th July, Saudi Arabia’s Energy Minister stated Saudi Arabia will immediately halt their oil shipments through the Bab-el-Mandeb Strait. Although Houthi rebels emanating from the west coast of Yemen have been attacking Saudi coalition warships and vessels for some time, this is the first instance the rebels have forced Saudi Arabia to alter its operations in the region as a result of their attacks. It is assessed that the violence on the western coast of Yemen will continue into the forseeable future posing a threat against shipping in the region. Although attacks have been focused on Saudi targets, vessels are still at risk of being subject to a miscalculated attack.