Report Details: Throughout the last 36 hrs there has been several reports of significant events taking place off the Ukrainian Black Sea coast which have involved commercial shipping. Open source media reports state that at least 3 ships have been damaged by military action, yesterday the Turkish operated bulk carrier Yasa Jupiter, was hit by shell as it drifted off the port of Odessa. Today it was reported that the Panama flagged bulk carrier Namura Queen was also hit by a projectile near the anchorage of Yuzhny and in a further incident today the  Moldova flagged chemical tanker Millennial Spirit was fired upon by the Russian navy resulting in a fire and apparent sinking of the vessel. There has been no confirmation of any casualties in these incidents (see below). 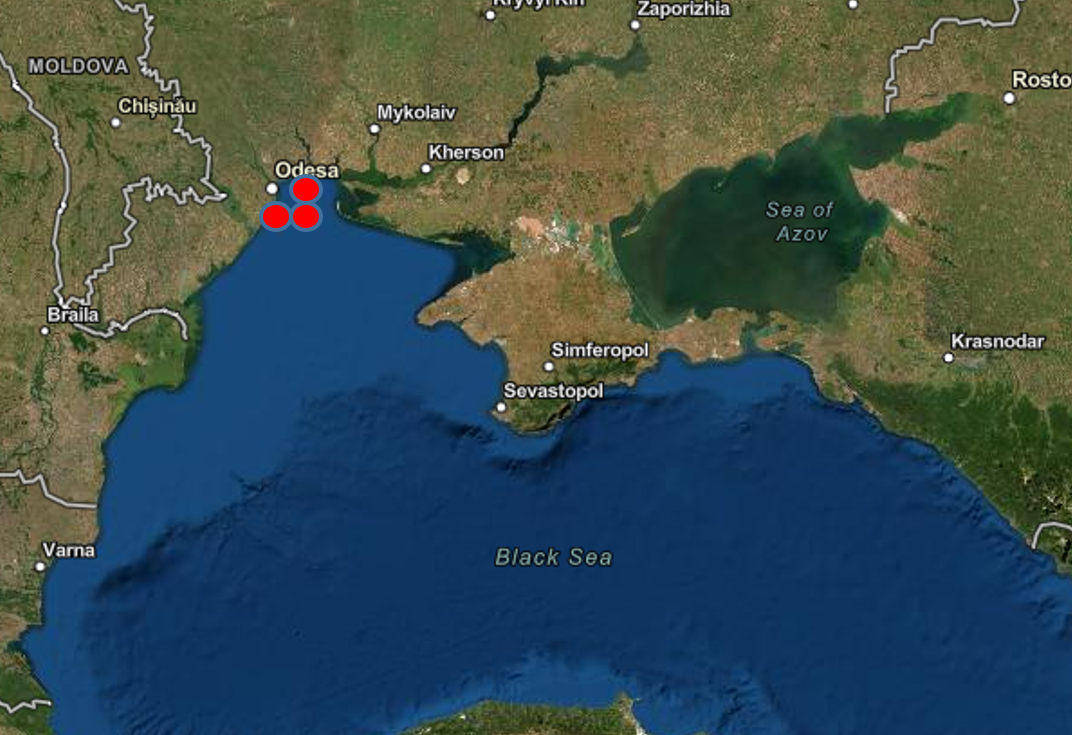 Reuters reported yesterday that all ports in Ukraine had suspended operations, this however, is contradictory to evidence monitored on AIS tracking websites which shows that some ships are leaving the port of Odessa. Moscow said yesterday that the movement of commercial shipping in the Sea of Azov was suspended although routes to Russian ports were open for navigation. Shipping, in particular tanker traffic, does seem to be drifting and waiting to transit the Kerch Strait into the Sea of Azov and any movement taking place in that area seems to be out of the Strait. It would appear that vessels operating in the Sea of Azov (if any) are doing so with their AIS off.