Incident Report: Explosion on 2 tankers in Gulf of Oman

Incident details: According to various reports, earlier this morning, two (2) oil tankers have been damaged in an incident in the Gulf of Oman. The Front Altair (IMO 9745902) and the Kokuka Courageous (IMO 9568495) were reportedly hit by surface attacks whilst transiting (leaving) the Straits of Hormuz; both vessels were evacuated, and all of the crew are safe. The owner of the Kokuka Courageous (Bernhard Schulte) released a statement, ‘the Hull has been breached above the water line on the starboard side. All crew are reported safe and only one minor injury reported’. The UKMTO is aware of the incident and, together with its partners, are currently investigating. 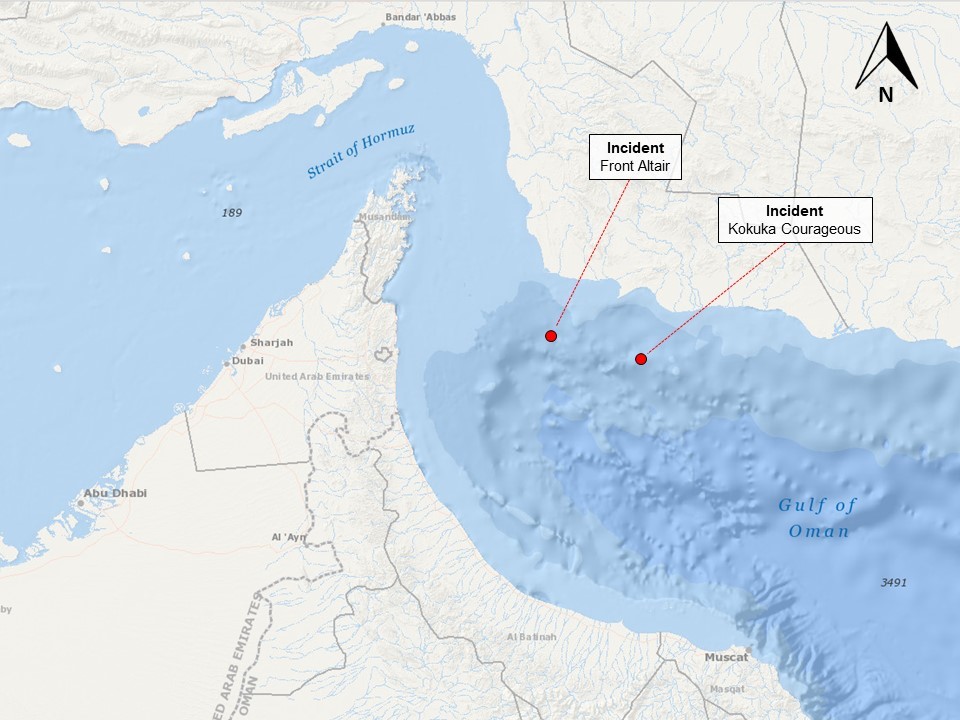 Intelligence Comment: At the moment, the exact nature of these incidents is not known. However, it could be assessed that these incidents and the resulting damage is likely to be the result of sabotage. Further reports to follow in due course.