At 1632 UTC on 12 Aug 20, a merchant vessel, the MT WILA was apparently boarded by Iranian naval forces 23nm NW of the KHOR FAKKAN Anchorage, south east of the Strait of Hormuz. Footage from a US naval asset in the area suggests the boarding was carried out using a helicopter.

It is understood that the vessel was not detained. The vessel is reported to have entered UAE TTW around 1720 UTC and is currently showing at the KFOR FAKKAN Anchorage as ‘Not Under Command’.

Unconfirmed reporting suggests that Iran’s actions may be linked to Greek companies which have been exporting oil from Iran to Venezuela and then were subsequently sanctioned and blacklisted by the US. Following the US sanctions the Greek companies stopped exporting Iranian oil, reportedly prompting this action from Iran. 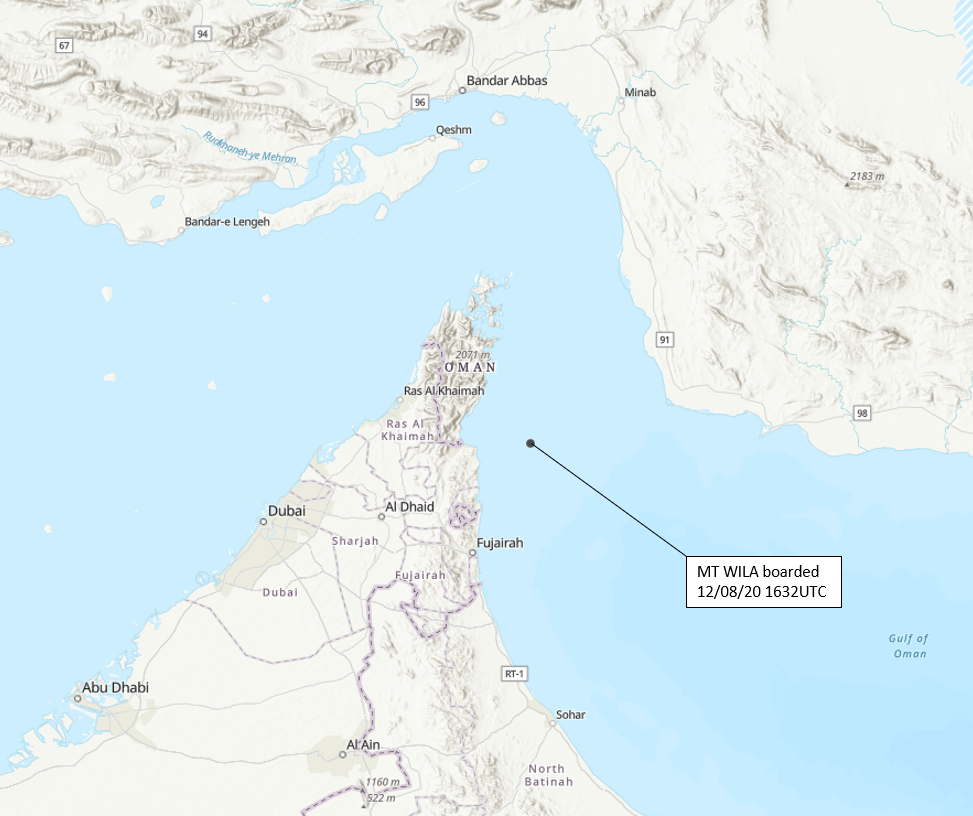