Attempted Boarding in Gulf of Oman 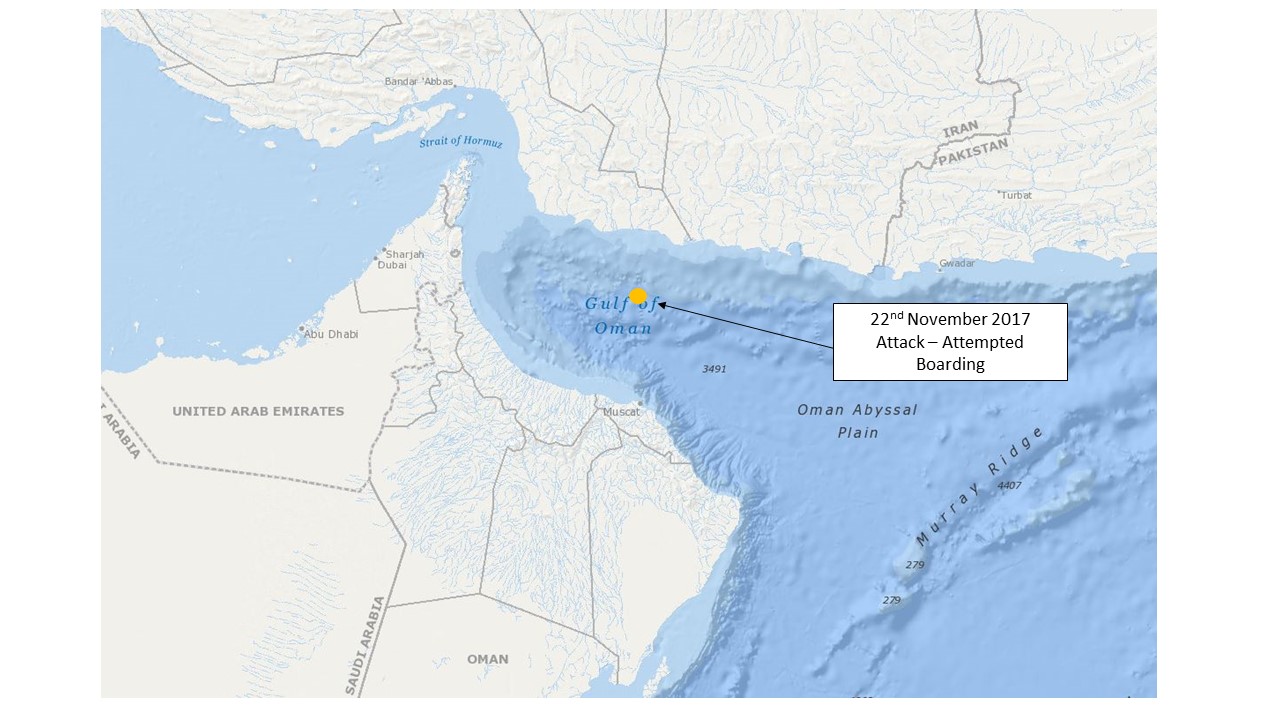 Intelligence Comment:  A potential attempted piracy incident in this area would be considered few and far between but by no means unique. There have been 2 incidents reported in the Gulf of Oman this year, however they were later assessed as regional patterns of life mistaken for attempted piracy. Before this however, the last known attack was against the TORM KRISTINA in 2012. Somali pirates have historically been able to operate in the Gulf of Oman using a tactic known as ‘leap frogging’ whereby they hijack numerous different dhows to use as motherships. If this incident is confirmed to relate to Somali piracy, it will see a worrying reversal back into an old trend and would highlight the capability of Somali pirates able to operate up to 1250 nm from the Somali bases.