UKMTO (Warning 001/MAY//2022) has reported an attack on a vessel in position 1419N 04242E (34nm south west of HODEIDAH). Investigations are ongoing. Additional information we have received states the vessel has managed to escape despite three attempts at a boarding and is currently raising distance with the attackers. Mariners are advised to exercise extreme caution and keep a sharp lookout. 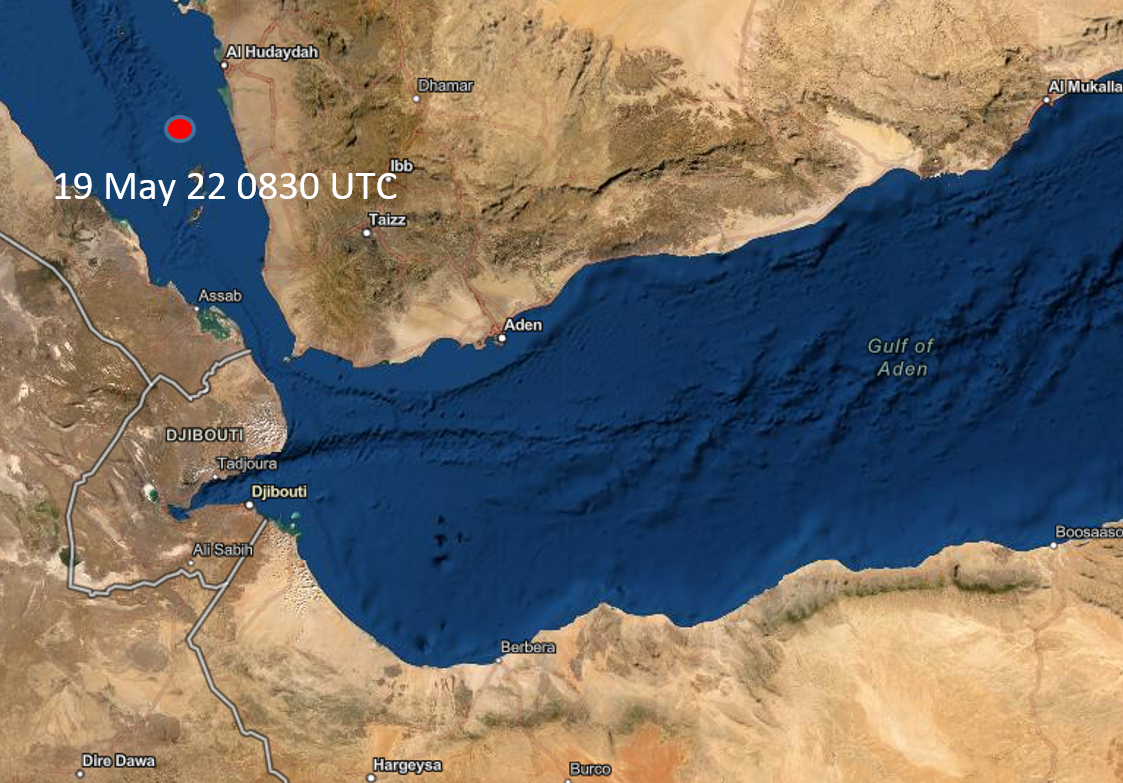 No details about the vessel involved are available at this time but the location would indicate this is unlikely to be a piracy related incident. The proximity of the incident to the Yemen shoreline and Hanish Islands may indicate there is a link to the Yemen conflict, possibly Yemen coastguard activity but that cannot be verified at this time. We will release a further update once more details are obtained.

Neptune P2P Update: It has been confirmed that the vessel involved in today’s incident was the Hong Kong-flagged sailing yacht LAKOTA. Events remain unclear but  we believe the 62-foot (19-meter) sailing boat left Djibouti yesterday on route to Suez. The yacht was said to be sailing in international water and the vessel and crew were reportedly safe. Vessel tracking showed the Lakota just west of the Hanish Islands in the Red Sea. It appears several attempts were made to board her but the yacht managed to get away.