Incident details: An oil tanker was boarded approximately 60nm east of Fujairah UAE. It was reported that 8-9 uniformed persons boarded the Panama flagged vessel ASPHALT PRINCESS and ordered the ship to sail towards Iran.  The vessel was held for several hours but UKMTO has recently reported that the vessel has been released and the ship and crew are safe. 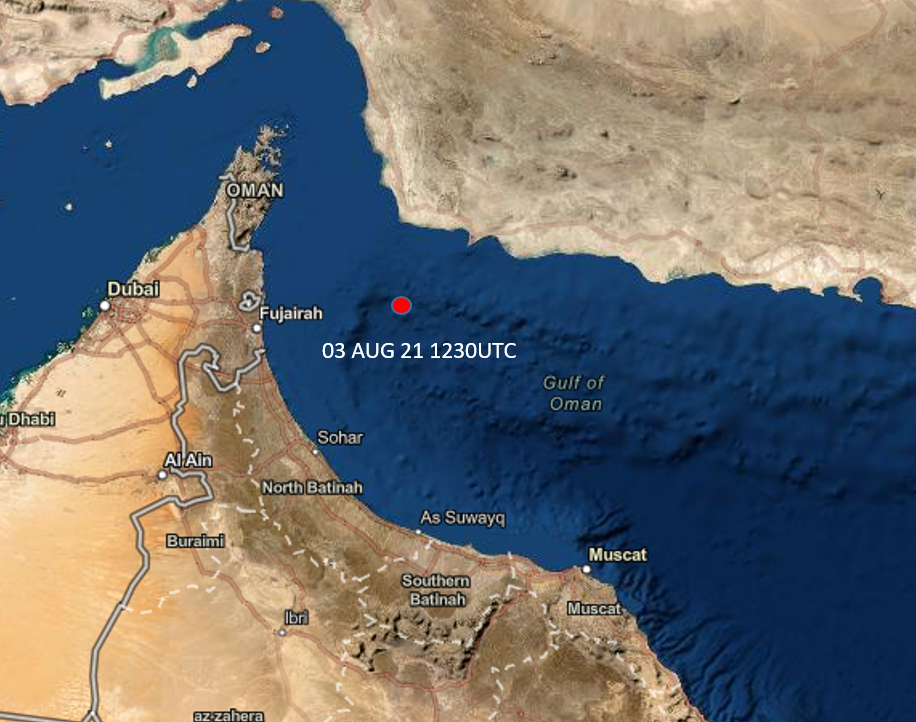 Intelligence Comments: The fact that this incident took place so soon after the attack on the vessel MERCER STREET on 29 Jul 21 has caused alarm and much speculation within the maritime community. However, incidents of this nature are not uncommon in the Gulf of Oman and this appears to be another in a series of boardings in recent years by the Iran’s Islamic Revolutionary Guards Corps (IRGC) on vessels they suspect of conducting smuggling operations. There are unconfirmed reports that the vessel was conducting a Ship to Ship (STS) transfer at the time of the incident.  In a similar incident on 14 April 2020, the Hong Kong flagged product tanker SC TAIPEI IMO 9175535 was boarded close to the location of yesterday’s incident. Another note of interest in yesterday’s events was the reports that the AIS systems of 3 nearby ships were displaying a ‘Not Under Command’ notice, some have speculated that this could be down to AIS jamming.