Incident details: On the 16th October a MV was attacked in position: 004900N 0505300E. Shots fired at MV, on board AST returned fire.  Skiff is no longer visual and Master confirms vessel is SAFE. Vessels transiting the area are advised to exercise caution (source: UKMTO). 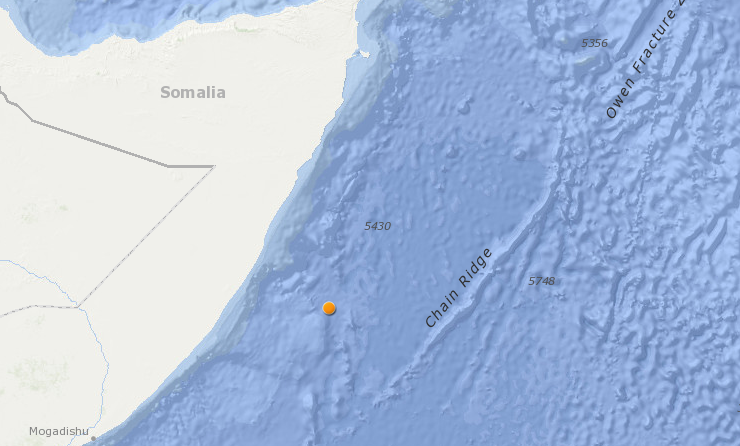 Intelligence Comments: This incident is located in the Somali Basin approximately 125 nm from the Somali Coastline. This is the first attack in the Somali Basin since February, where three skiffs opened fire on an oil tanker. Given that initial reports state that only one skiff was present it is assessed as unlikely to be a pirate related attack.

According to our sources and tracking information the vessel that was attacked was the Hong Kong flagged MV KSL SYDNEY (Bulk Carrier) and heading north to the Persian Gulf. It is worthy to note that there is a discrepancy in the reported position. According to Neptune P2P’s tracking software the vessel was at N 01° 25.60′ E 051° 15.43′ as of 16th October 1702 UTC. This is approximately 300nm E of Mogadishu.

The presence of one (1) skiff may suggest that they were probing and testing what security measures were on-board the merchant vessel at the time and the presence of an armed security team deterred any further escalation of hostilities.